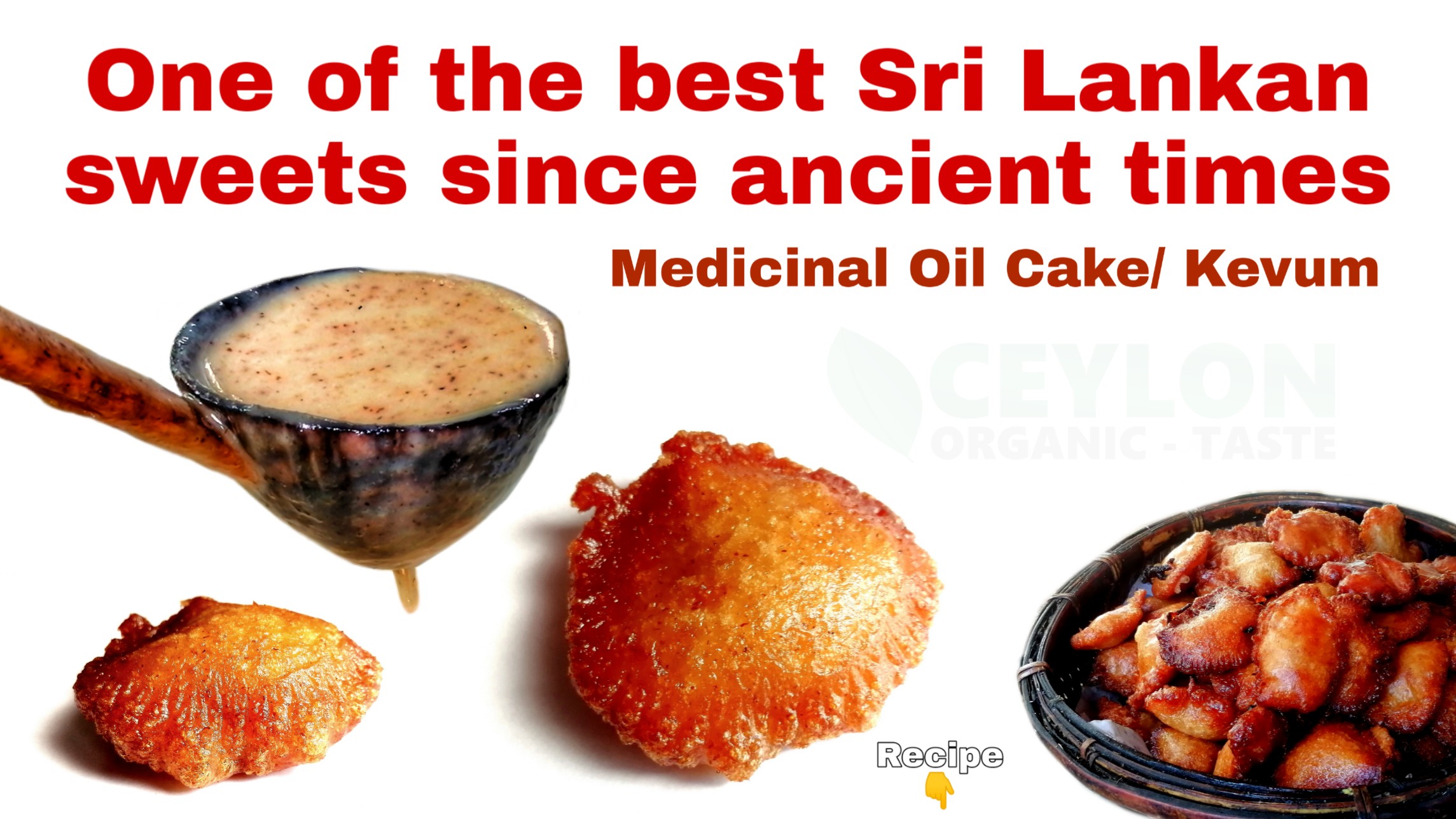 We have heard in the folklore that King Dutugemunu had used kevum made of kithul treacle or honey to the wounded soldiers of the war. At present people, it is well known that kevum is produced penicillin by keeping exposed it on air. Kevum is mentioned in ancient Sri Lankan texts such as Saddharma Ratnawaliya, Pujawaliya and the Ummagga Jatakaya.

To get the medicinal properties of kavum, it should be prepared with traditional rice and kithul treacle or honey. Also, Kitul treacle has been used as an essential food for the royal family as well as for the common people in the past. Kevum contains carbohydrates, proteins, fat, energy and many nutrients.

Mix well rice flour with kithul treacle and add salt as needed. To make the mixture you need to make it a little thicker. Keep the mixture 45 minutes Set aside. After 45-60 minutes, You can cook in deep oil until golden brown.

These ingredients used in the preparation of kavum are high in nutrition. Due to the sweetness of the food, when a meal is taken as a dessert, the nutrients are absorbed well into the body.

The old kavum, which is being exposed to the air, a drug called penicillin is produced. It has also been used as a wound-healing medicine since ancient times. Therefore, soldiers who go to war in the past carry a bag of kavum. Because of its nutritional and medicinal properties, it has become a useful food at the time.