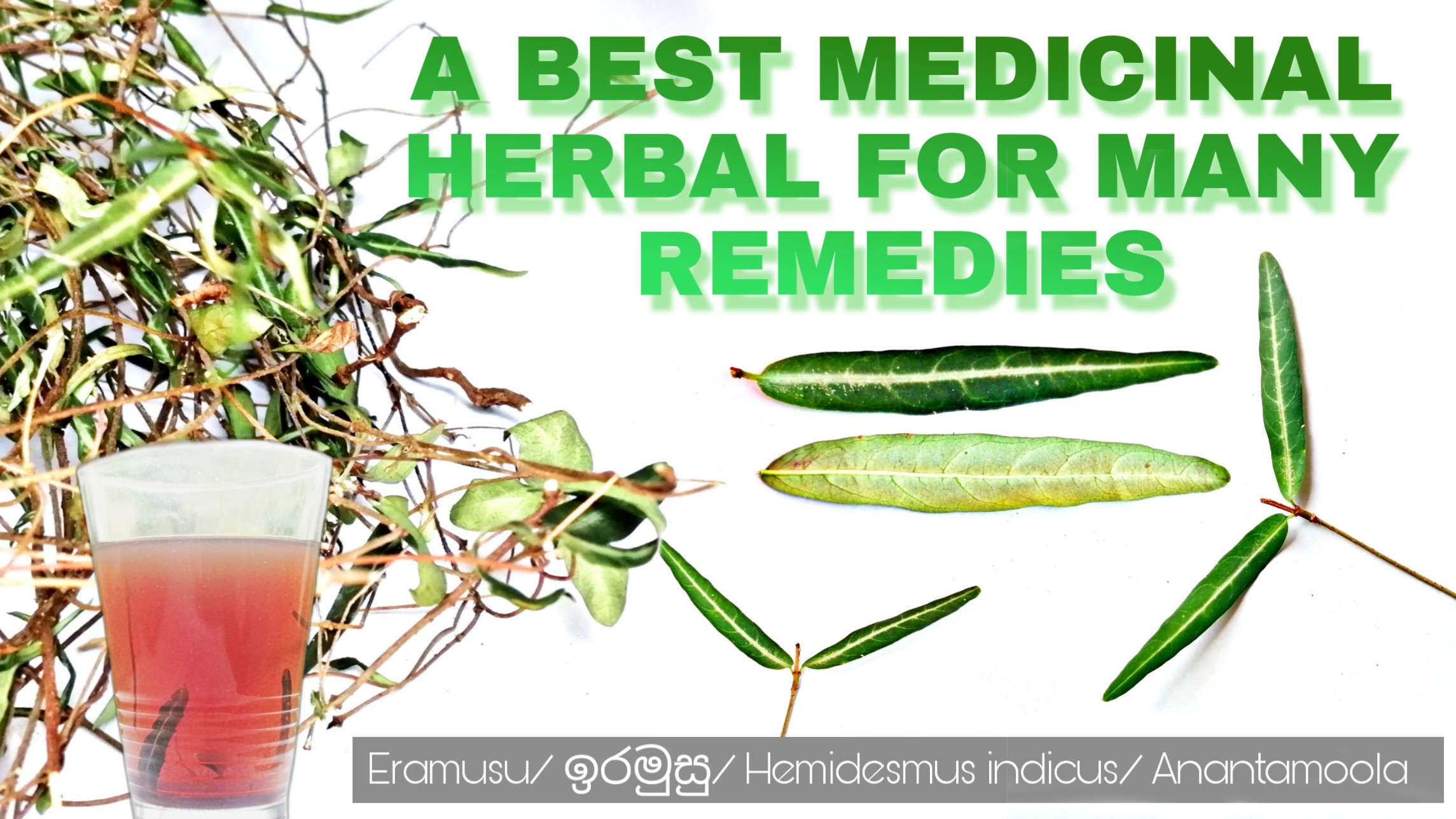 Eramusu is a widely used herbal plant to drink instead of tea in Locals. also, I am writing this article now while drinking a cup of eramusu. Although not frequently used in the West, it is not a rare drink among the local peoples.

Roots, leaves, stem are used for many medical remedies in indigenous ayurvedic medicine. It is also known as “Anantamoola” in Sanskrit. The herbal is being propagation by seeds and vegetative method. It is bitter, sweet and astringent taste.

The leaves can be seen very variable, short-petioled, elliptic-oblong to linear-lanceolate. Eramusu grows as a laticiferous, twining, slender, sometimes prostrate or semi-erect shrub and has aromatic roots. The slender stems can be seen numerous. The flowers have greenish outside and purplish inside and crowded in sub-sessile axillary cymes

01. The best treatment for gastritis

The roots and leaves can be used as a drink instead of tea. The compounds of the herb help to reduce acidity in the stomach.

Eramusu is one of the best herbal for liver diseases. In indigenous ayurvedic treatments, It is widely used to make drinking recipes.

Compounds of the leaf and roots can be helped to cure burning sensation problems. It can be used as a drink after making powder by dried leaf and roots.

04. Inflammation of the urine

05. Swelling in the body

The grinned roots as cream are coated on the body swelling area. but, It is used by mixing with other herbals according to the swelling disease.

The boiled water of eramusu can be helped to cure gum disease and tonsil diseases. It also cleans mouth and teeth. washing mouth by eramusu water is strengthened gums.

The indigenous ayurvedic recipes of eramusu are used for venom medicines mostly in situations such as snakebites, scorpion bites and etc. The roots have compounds of detoxifying.

Frequently used in the preparation of prescription medications for appetizers. Mostly, It is used as a drink with other herbal compounds.